At this point we can edit movies in the web interface, but we have no way to create new movies outside of the console. That hardly makes for a useful web app, so let's fix that!

It turns out there's a lot of symmetry between editing movies and creating movies, so we'll follow similar steps:

Visually, here's what we want to do first: 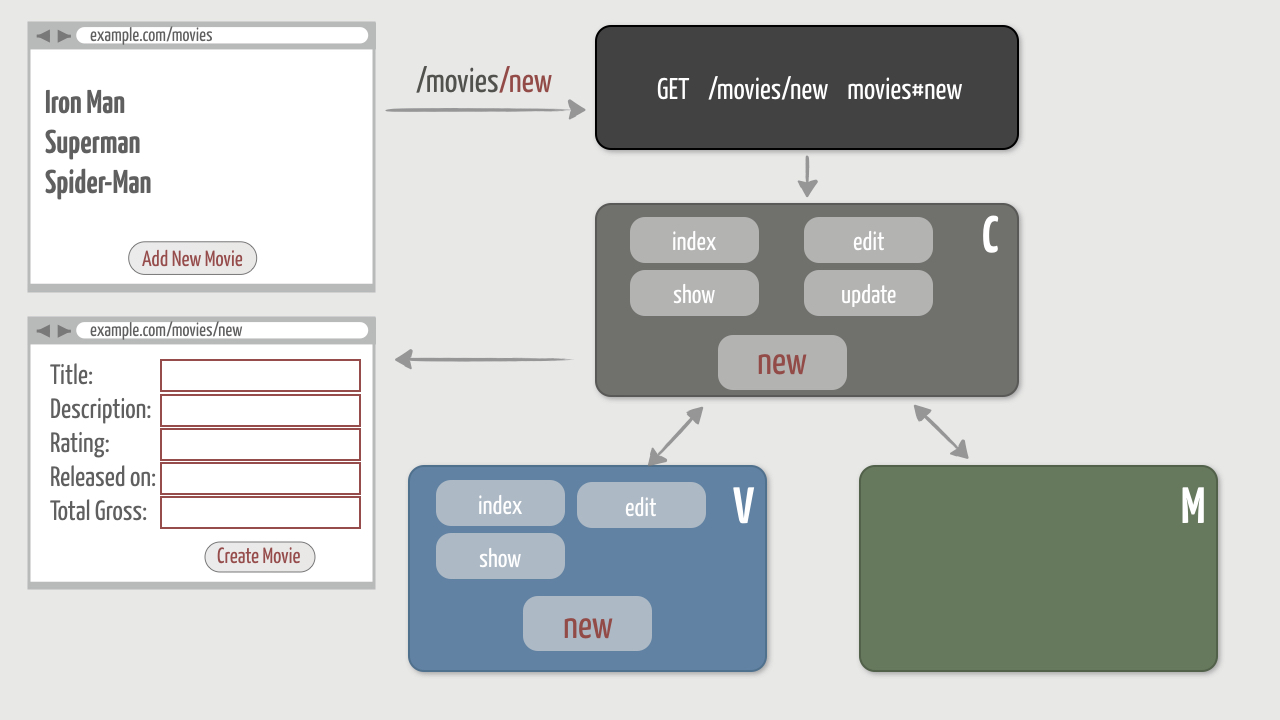 The good news is there's honestly not much new to learn. We already have a form, and we've learned how to process form data in an action. So we'll pick up the pace a bit...

As usual, let's start at a high level with the URL. By convention in Rails, the URL for creating a new movie would be http://localhost:3000/movies/new. And that request would get sent to a new action because we want to show the form for creating a new movie. We'll put an "Add New Movie" link on the index page to make it easy to get to the form.

2. Create the New Action and Form

The new action needs to render a form so we can enter a new movie's information. This is similar to the edit action, but in this case we don't have an existing movie in the database. So the new action needs to instantiate a new Movie object in memory, so that the form can "bind" to that object.

Excellent! We've put up a form for creating new movies. Now on to handling what happens when you submit the form...

Our next task is to arrange things in our app so that it creates the movie in the database when the form is submitted. Here's what we need to do, visually: 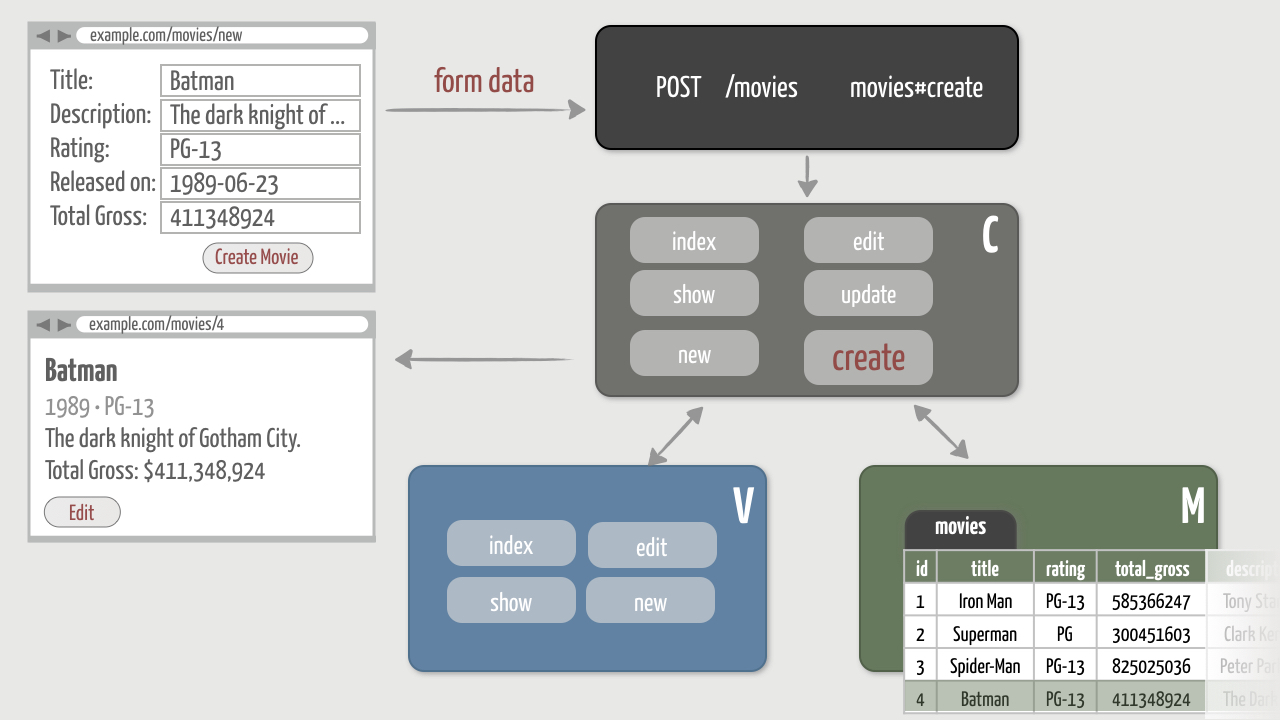 We're feeling pretty cavalier, so let's just see what happens when we submit the form...

BOOM! Now we can edit and create movies in the web interface!

Whoa—hold up there a minute, pardner! We're not quite ready to declare victory. Have a look in your update and create actions and you'll see a wee bit of duplication:

This sort of unnecessary duplication is what makes apps hard to change. Suppose, for example, that down the road we decide to add new movie attributes and allow them to be mass assigned. We'd have to remember to change the app in two places: in the update action and the create action.

The full solution for this exercise is in the forms-create directory of the code bundle.

When we submitted the form, the form data was sent to the create action. But how did Rails know to do that? Simply put, because that's what the routes dictate.

View the page source of the form and focus in on this part of the HTML form:

What do the defined routes have to say about that?

Now that you're getting good with forms and their conventions, it's time for some celebration! Do your victory dance, give a couple fist pumps, or (if those options just seem too crazy) check your Twitter or Slack stream. Between editing movies and creating movies, you've learned a ton!

Up to this point we've implemented all the routes except delete, which we'll get to shortly. In the next section, we'll use partials to remove the duplication we created when we copy/pasted the HTML form code between the edit and new pages.